You may have read the title of this article and thought, “Cats on the internet, huh? I see what you did there.” And you’re right. There’s a love affair between the internet and cats. As much as I’d love to go on a long tangent about this, I’ll save it for a future post and try to stay focused on The Cat Line.

What is Google Trends?

Google Trends is a tool that lets you track how many times people used Google to search a specific term. You can analyze and compare up to five keywords and refine the results with multiple filters. If you want to find out how many people in Brazil are searching for Rick & Morty pics in Google Image Search, then Google Trends is the tool to use. Cool info. Looking up search volume on random TV shows or celebrities might be fun or interesting, but it probably won’t help you accomplish your goals. This tool, though, does have its place in your internet marketing toolkit, but you need to know how to use Google Trends.

END_OF_DOCUMENT_TOKEN_TO_BE_REPLACED

Since Michael and I took some time off last Thursday to vote, the “I Voted” stickers have been on my mind. What’s their value? Could that money be used better elsewhere? Is it actually a strong enough voting incentive for it to be worth diverting that slice of state budget? Should we view these as a form of native ad?

Monetary Value of “I Voted” Stickers

I did a little bit of research, and I found an article stating that in 2016, the state of Oklahoma spent approximately $0.003 on each sticker. That’s a very reasonable per-unit price, but how much does it become in aggregate? For Oklahoma, at 2,030,277 registered voters, the answer is $6,090.83. That’s like the cost of a home air conditioning unit, so, no, the sticker budget wouldn’t go very far toward anything.

But what about a more populous state? According to the Texas Tribune, there are 15,015,700 registered voters. Assuming the same price Oklahoma pays for stickers, that’s $45,047.10. So, no, that’s still not really enough to do anything at a state level. It’s maybe one lower-level employee salary, so unless we desperately need more papers pushed around, I don’t think it’s going to go very far.

END_OF_DOCUMENT_TOKEN_TO_BE_REPLACED

Last week, I went to the iMedia Breakthrough Summit in Santa Barbara, California, where we discussed the Future of Content, Publishing & Media Buying. All jokes about beautiful weather and scenic locations aside, the conference was some serious business and drew marketing folks from all over the world. Here were the key takeaways that will affect your business as we move into 2017 and beyond. END_OF_DOCUMENT_TOKEN_TO_BE_REPLACED 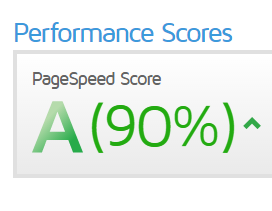 As much as I’d like to jump straight into the code snippets that can help speed up your website, it’s important to define why load times matter. In 2010, Google revealed site speed was a ranking factor the company considered when choosing which sites to show in search results. Quoting that article:

This site uses cookies. By continuing to browse the site, you are agreeing to our use of cookies.

We may request cookies to be set on your device. We use cookies to let us know when you visit our websites, how you interact with us, to enrich your user experience, and to customize your relationship with our website.

Click on the different category headings to find out more. You can also change some of your preferences. Note that blocking some types of cookies may impact your experience on our websites and the services we are able to offer.

These cookies are strictly necessary to provide you with services available through our website and to use some of its features.

Because these cookies are strictly necessary to deliver the website, refuseing them will have impact how our site functions. You always can block or delete cookies by changing your browser settings and force blocking all cookies on this website. But this will always prompt you to accept/refuse cookies when revisiting our site.

We fully respect if you want to refuse cookies but to avoid asking you again and again kindly allow us to store a cookie for that. You are free to opt out any time or opt in for other cookies to get a better experience. If you refuse cookies we will remove all set cookies in our domain.

We provide you with a list of stored cookies on your computer in our domain so you can check what we stored. Due to security reasons we are not able to show or modify cookies from other domains. You can check these in your browser security settings.

We also use different external services like Google Webfonts, Google Maps, and external Video providers. Since these providers may collect personal data like your IP address we allow you to block them here. Please be aware that this might heavily reduce the functionality and appearance of our site. Changes will take effect once you reload the page.