Lately, there’s been an increase in articles touting what a great branding and awareness platform live streaming is. This is true. If you have a winning personality and a talent for something visual, it’s kind of awesome. Anything goes as long as it’s not illegal on YouTube and Facebook Live. But we have an elephant in the live streaming studio: Twitch.

Twitch, purchased by Amazon in late 2014, is a live-streaming platform that was birthed out of Justin.tv (R.I.P.). Originally only “Let’s Play” style live streaming, its expanded parameters now also include Gaming Talk Shows, Poker, Music and Creative. It is important to note, though, that your stream must fall into one of the approved categories.

This platform is dominated by the ever-valuable 18-45 male demographic and comes with all their special quirks. This includes distrust of advertisers, use of ad blockers and an occasionally toxic outlook on the world. Much of the Twitch audience are also Redditors and/or on 4chan normalfags, /b/tards and shitposters. Most marketing blogs don’t use these terms. This is why I’m writing this: So you don’t look like a scrub when you try Twitch, which can be pretty willing to flay you alive if you don’t belong.

Welcome to the internet. Just call me Virgil.

No RAM, No Bandwidth, No Service

The technical needs of streaming on Twitch are pretty up there. I can’t stress enough how crucial it is to have a high-quality computer and a solid internet connection. Skimping on these two needs is like taking the wheels and engine out of a car: You get a car in name only.

So what are the immediate technical needs to livestream on Twitch?

I won’t lie: You’re going to look ridiculous. You’re going to have to troubleshoot your equipment, your lighting, your framerate, your mic settings, etc. etc. Count on the first stream being a troubleshooting nightmare, unless you have someone with you who’s streamed before. A small tip: 30 FPS and higher is a nice goal, but it’s unrealistic with the way that livestreaming works. Use our live streaming calculator to figure out your starting point, and please don’t be insulted when it tells you the frame rate will be really low. It’s a limitation of the technology as it exists right now.

More importantly, if it’s just you, you’ll probably feel ridiculous. You’re sitting at a desk, doing something relevant to Twitch, but essentially talking to yourself. You know the ironic part of it? You start off talking to yourself because no one is there, then people show up. You talk to the people until there gets to be too many of them, then you’re back to talking to yourself. Did I mention that Twitch is a really good way to get to know yourself and build your self-esteem on a personal level? Because that. All day, that. You will talk to yourself so much. It’s a good idea to have an outline of topics to talk about so there’s less silence.

How Do I Know This Twitch Stuff?

I’ll write more about live streaming and its challenges as time goes on, but I wanted to get this article out because of the misinformation I’ve been seeing with regard to the Twitch platform in particular. For whatever reason, there are a lot of marketers out there who mean well when they write about Twitch being this awesome catch-all for 18-45M, but they haven’t experimented with Twitch and don’t know about it’s occasional weirdness. They don’t know about the backlash against some advertisers or the resentment of cam girls. They don’t know that there are scholarly articles on how conversation topics vary wildly from gender to gender, and the topics can be downright toxic for female streamers. They don’t know that there’s a speedrunning community that’s very active and a corruptions community that’s hilarious.

Personally, when I have the time, I stream on Twitch. I watch Twitch while I’m working, and I make it a point to watch several different streams throughout the week.

If you have any questions, please let us know in the comments! I personally think streaming is changing the way people approach content marketing as well as entertainment, so I’m pretty hyped to write more about it. 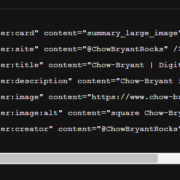 Equifax and the Wrath of Forced Opt-Ins 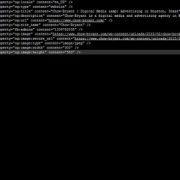 How to Add Open Graph Data to Your Site 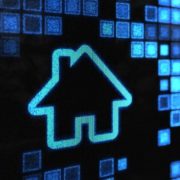 Want to join the discussion?
Feel free to contribute!

How to Gauge Reach with the Cat Line and Google Trends

How to Use Robots.txt on Your WordPress Site
Scroll to top

This site uses cookies. By continuing to browse the site, you are agreeing to our use of cookies.

We may request cookies to be set on your device. We use cookies to let us know when you visit our websites, how you interact with us, to enrich your user experience, and to customize your relationship with our website.

Click on the different category headings to find out more. You can also change some of your preferences. Note that blocking some types of cookies may impact your experience on our websites and the services we are able to offer.

These cookies are strictly necessary to provide you with services available through our website and to use some of its features.

Because these cookies are strictly necessary to deliver the website, refusing them will have impact how our site functions. You always can block or delete cookies by changing your browser settings and force blocking all cookies on this website. But this will always prompt you to accept/refuse cookies when revisiting our site.

We fully respect if you want to refuse cookies but to avoid asking you again and again kindly allow us to store a cookie for that. You are free to opt out any time or opt in for other cookies to get a better experience. If you refuse cookies we will remove all set cookies in our domain.

We provide you with a list of stored cookies on your computer in our domain so you can check what we stored. Due to security reasons we are not able to show or modify cookies from other domains. You can check these in your browser security settings.

We also use different external services like Google Webfonts, Google Maps, and external Video providers. Since these providers may collect personal data like your IP address we allow you to block them here. Please be aware that this might heavily reduce the functionality and appearance of our site. Changes will take effect once you reload the page.